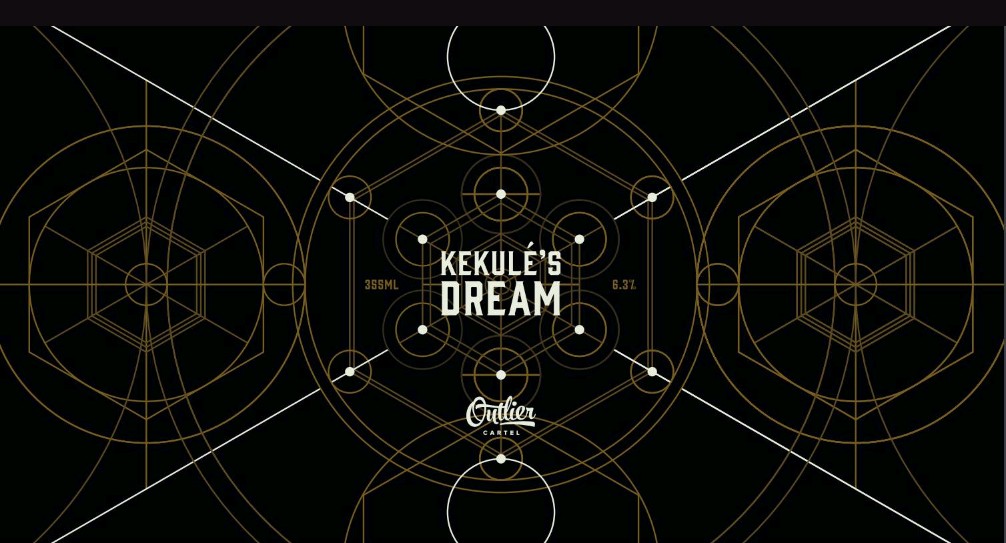 According to the legend, August Kekulé had a vision while daydreaming by a hearth fire. He saw atoms dance around and form into strings. The strings transformed into snakes that consumed their own tails. From that intuition, he solved the answer to a scientific riddle.

Kekulé’s Dream is one of our proudest creations. This beer took the proverbial ‘village’ to create: We had help from Vulture’s Lane, one of Auckland’s premier Craft Beer Pubs; Adobe Photoshop sponsored our beer and believed in this little beer company; the talented designers that participated in creating our labels and most of all – you – those who drink our beer! Therefore, WE INVITE YOU to the grand launch of Kekulé’s Dream: