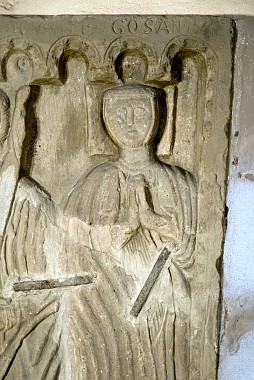 What’s in a name? Gose is named after the Goslar, which was named after Gosa, wife of mythic German Knight Ramm.

When thinking of German beer, most people think of clean crisp beer, stringently made and perfected – and boring. The Reinheitsgebot is a major region for this thinking, but did you know there were several regional varieties exempt of the German Purity law? Not only are these beers exempted, but they are also exceptional and should be tasted to as part of any craft beer lovers repetoire!

We’ll start the with one of the most divisive styles, the Gose (sounds kind of like Goes-uh). The style is sour beer – which is described as lemony and a distinct salty taste which is from either natural mineral water or added salts. Along with salt, it typically adds coriander and both are no-no’s for the Reinheitsgebot. It was made exempt from the law as it was regionally important beer.

This beer originates in Goslar, in the foot of the Harz Mountains in central North Germany, well back into the 16th Century.

This style was originally brewed by spontaneous fermentation; it was brewed in a source that where wild yeast was present: this means no yeast was added. In addition, Goslar is an internationally recognised region for mineral mineral water, with at least 10 springs that are recognised by the European Commission. In this case, the saltiness of the water came from the natural springs around Goslar. In addition to alkaline water, it is brewed with at least 50% malted wheat, instead of malted barley. Lastly, the sourness comes from the lactobacillus after the boil.

The beer style nearly died several times since the Second World War, but after the craft beer renaissance the style was revived. Because of its unusual taste, the style has been railed upon, some saying tthat that style is so bad that will end the golden era of craft beer, while others say it helped usher in the ‘sour beer‘ revolution . So what can you expect from Gose? Here are some common characteristics:

The most common pairing with Gose is fish and seafood. Examples are white fish such as Halibut, mussels, and the coriander of the beer will complement Cevich beautifully.

The tartness will help cut throught rich sauces – while the saltiness complements eggs and butter. Quiche, Omelets or a simple slice of buttered bread will make a lovely match.

In Germany, the city of Leipzig has become the new home to Gose, and as such the recommended pairing with Gose is Matjesfilets (Pickled herring, onions, apples and cream sauce.)

Finally – to add some authenticity, here is some Plattdüütsch (lower Saxony Dialect) to go with your meal:

To find good goses is through untappd and ratebeer, here are reviews for the best Gose in world, in Germany and locally in New Zealand. One side effect of having a name like Gose, is that its a ripe target for puns. So its not surprising to see some real groaners like the ones below:

Alvin has claimed naming rights should Outlier ever do a Gose, prepare thyself!

« A Wallet, Some Snappage, and the Northern Lights
Big Beer and the illusion of choice »